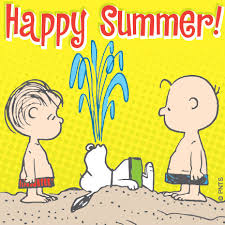 June means summer, the beach, hot weather, long days, short nights, sitting outside bird watching before it warms up, and cooking as much on the grill as possible. This month I have two events to attend: my high school reunion in Decatur, Georgia and the Southeastern Writers Association (SWA) Conference. Looking forward to both for two entirely different reasons.

At the reunion, I hope to see people I haven’t seen in a very long time, and dance to the oldies until I drop.

On the 17th of this month, I will be heading to St. Simons, Georgia to spend a few days of vacation before attending the SWA Conference. I look forward to meeting up with the authors I see every year and the new faces I come to expect. I always learn a great deal about the craft of writing and gain insight into different areas of publishing and editing.

“Normal” is on my mind today. I’ll tell you right now, I don’t think I’m normal. I’m sure there a million things I do that would not be considered normal. One thing I do that immediately comes to mind–I talk to myself. Been at it my whole life. Maybe it started when I was a child because I played alone quite a bit. Both my siblings were older and grown before I even entered first grade. I say maybe because I honestly have no idea why I do it. But it has come in handy when hashing out problems, making decisions, and generally annoying the people around me. 🙂

So what exactly does it mean to be normal?  I suppose it means different things to different people. In Weather Permitting, Sara Palmer doesn’t think she is normal and desperately tries to reach that state of being.

I looked up the term and here it is:  As an adjective, “conforming to the standard or the common type; usual; not abnormal; regular; natural.  As a psychological term, “approximately average in any psychological trait, as intelligence, personality, or emotional adjustment; free from any mental disorder; sane.  As a noun, “the average or mean; the standard.”

Well, one glance at those definitions, and I ask, who comes close? We are all different in those traits mentioned above. To my thinking, we are as different as we are the same. We all want the same basic things in our life, and more than likely use the same emotions (except I do know a few guys . . . that’s for another blog). I’m not sure but my guess would be we are different on the inside, in our minds, in how we think and how we respond, justify, and either embrace or shun our emotions. Now this is just my muddy opinion, using my warped brain and years of experience. 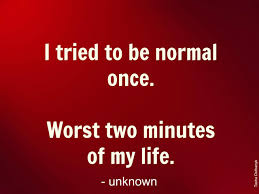 Sara Palmer wants to be normal because she thinks by claiming that title, she will somehow be adept at reinventing herself. If only she’d stop clinging to the past. If only she was “normal,” she would be happier. The truth is, she doesn’t need a label to be happy. What she needs, like the ability to forgive herself as well as those who have hurt her, has nothing at all to do with whether or not she is NORMAL.

At the end of this month, I look forward to introducing my guest blogger, Melanie Logan.

Jody Herpin writes with a southern accent. Re-discovering her love of writing in the last ten years, she has completed her second novel, "Relative Consequences," and is currently researching her third. In 2015, Jody received First Place for Novel Submission at the Southeastern Writers Association Workshop for "Weather Permitting." In 2014, she received Third Place for the Microcosm Award at the Southeastern Writers Association Workshop for her piece, "View of a Lifetime." She's constantly reading, researching and soaking up knowledge about her craft. Born in Savannah, Georgia, she has lived most of her life in the South, attending Decatur High School in Decatur, Georgia and living in Alabama, Georgia and North and South Carolina, Florida and Virginia. If she's not writing, she is decorating her home, attempting to paint with watercolors, reading, rediscovering the guitar, walking her Mini-Australian Shepherd, Bella, or cheering for her beloved Georgia Tech Yellow Jackets. Jody married the love of her life in 2014, and she and her husband, Mike Boggioni, a professional musician, live north of Atlanta, Georgia. She has two grown children and six amazing grandchildren all of whom live close enough "to holler at." View more posts