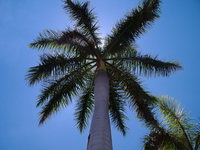 Thanks for being patient with my return to blogging. It’s been an interesting Spring and now Summer. My husband and I sold our house and moved AGAIN!!! While final edits (as in professional) are being made to RELATIVE CONSEQUENCES, my upcoming book, I decided to go ahead and have hip replacement surgery. Due to a major fracture I had 13 years ago, the surgery was imminent. So, I’m recovering nicely, and the new house is great though I haven’t been able to do much to help my sweet husband. Now I’m ready to get back to reality, so to speak.

By going forward, today I’m going backward. Back to March of 2016. The following RE-POST will be self explanatory, but I believe necessary, as my book is close to being published. Thanks for your patience.

I’ve been working on my new book, lovingly referred to at this time as Book 2, which takes place in the South, of course. Part of the story centers on South Florida’s Gulf side where I was fortunate enough to live for several years as a child. Research on this book, while conjuring up old memories, has led me to appreciate two glaring truths—things really do happen for a reason and good people, in this case, women, are not hard to find.

In November, my husband and I flew Delta into Fort Myer’s to see a dear sick friend, to make time for a little relaxation and to visit Bonita Springs, Florida, now a full-fledged resort town, the outskirts resembling nothing like what I remembered so long ago. Traveling south on I-75, Mike and I veered off onto Old Highway 41. Once into the small downtown area, a detour sign and barricade blocked our attempt to cross over the Imperial River. Despite Lee County’s roadwork, we found Historic Bonita Springs to be intact as it snoozed comfortably on “The Tamiami Trail.”

After parking the car, we strolled across the road to the Historic Liles Hotel, still a working establishment and the site of the Bonita Springs Historical Society. A nice man at the front desk offered his assistance satisfying my initial curiosity. However, since the business offices remained closed at the time, most of my questions were unanswered. Thinking I would simply tour the city on foot and gather random information along the way, I was set to leave.

In walks Martha Simons who had lived in Bonita Springs her entire life. She and I 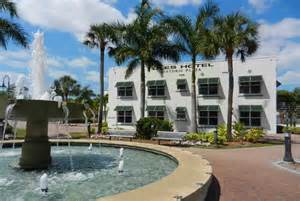 introduced ourselves and immediately fell into a conversation about my research and quest for a dated map of the city. After discussing where I could find such a relic, the friendly woman shocked me by offering to draw a map for me . As she sketched each landmark, the image of 1950s Bonita Springs emerged from a blank piece of paper. Childhood memories flooded back with each stroke of her pen—churches, stores, restaurants where they used to be. A few still stood erect, unyielding like the old trees that hover the stucco homes a block from the highway. Martha brought it all back to me. It was more than I had hoped for.

I thanked her and we promised to keep in touch. After my husband and I left the hotel, he guided our car through the parking lot and turned onto a side street. Spotting Martha waving her hands to flag us down  with a woman by her side, Mike stopped the car and I climbed out.

“Jody, this lady remembers you. This is Peggy Gunther,” said Martha.

At first, the name didn’t ring any bells, but when she mentioned her maiden name was Pope, I recalled the little girl whose family lived in a house behind my apartment. She and I had played together through a school year and a hot summer. Her appearance was icing on my cake!

That visit provided me the catalyst to create the scenario whirling around in my head. My imagination is now on overdrive. A good chunk of the story I’m writing will center on Bonita Springs back in the day when people were learning about change and freedom. Other sections of the book will concentrate on the present day or close to it—where people continue to learn about change and freedom.

I was supposed to meet Martha Simons and Peggy Pope Gunther that day. Things definitely happened for a reason. More importantly, those two women, whom I hope to get to know even better in the future, were kind and thoughtful to help me, a strange (I use the term loosely) woman who descended upon them one sunny afternoon in November.

Jody Herpin writes with a southern accent. Re-discovering her love of writing in the last ten years, she has completed her second novel, "Relative Consequences," and is currently researching her third. In 2015, Jody received First Place for Novel Submission at the Southeastern Writers Association Workshop for "Weather Permitting." In 2014, she received Third Place for the Microcosm Award at the Southeastern Writers Association Workshop for her piece, "View of a Lifetime." She's constantly reading, researching and soaking up knowledge about her craft. Born in Savannah, Georgia, she has lived most of her life in the South, attending Decatur High School in Decatur, Georgia and living in Alabama, Georgia and North and South Carolina, Florida and Virginia. If she's not writing, she is decorating her home, attempting to paint with watercolors, reading, rediscovering the guitar, walking her Mini-Australian Shepherd, Bella, or cheering for her beloved Georgia Tech Yellow Jackets. Jody married the love of her life in 2014, and she and her husband, Mike Boggioni, a professional musician, live north of Atlanta, Georgia. She has two grown children and six amazing grandchildren all of whom live close enough "to holler at." View more posts